Thornton Le Street History Group are launching their Heritage Lottery funded archaeology and history project with an Open Day to be held in the village hall on Saturday 18th February between 10.00 am and 4.00 pm. Anyone interested in learning more is invited to come along, see what is involved and register their interest. 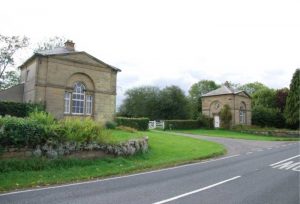 Thornton le Street is a typical Vale of York village with extensive evidence of early occupation. The project will study the history of the village and its surrounding area which contains a substantial Scheduled Monument site, a water mill, a river ford, an early church, and landed estates. Two Roman roads are said to converge at this point and it is hoped to resolve whether the village is Roman or medieval in origin.

Jim Brightman of Solstice Heritage, who recently led a community archaeology project at Kiplin Hall in the nearby Vale of Mowbray, will supervise the project which will be of 18 months duration. Training and practical experience will be provided in archaeological field work and historical documentary research. The latest digital recording will be used which will be incorporated into a bespoke website which will be developed by the participants.

Archaeological finds, aerial data and surveying equipment will be on display. For those unable to attend, a project synopsis is available on the village website: www.thornton-le-street.com or you can contact John Sheehan on 01609 771878 or at jgsheehan@btinternet.com

Local residents, Anne and Bill Stockdale, whose garden forms part of the Scheduled Monument site, welcomed the inauguration of the project with its ability to resolve enigmas of the past:. “Finding out what’s below the surface and what that tells us about the people who lived in Thornton le Street and the surrounding area over previous generations – its history just waiting to be uncovered”.

“The modern village of Thornton le Street is part of an incredibly significant archaeological and historical landscape. People have lived in the surrounding area since the last Ice Age; one of the major arteries of Roman Yorkshire passed through or close by the village; and the earthworks of medieval Thornton le Street can still be seen around the modern houses. This project is an exciting opportunity for volunteers to take part, to learn new skills and to help uncover these fascinating stories”.